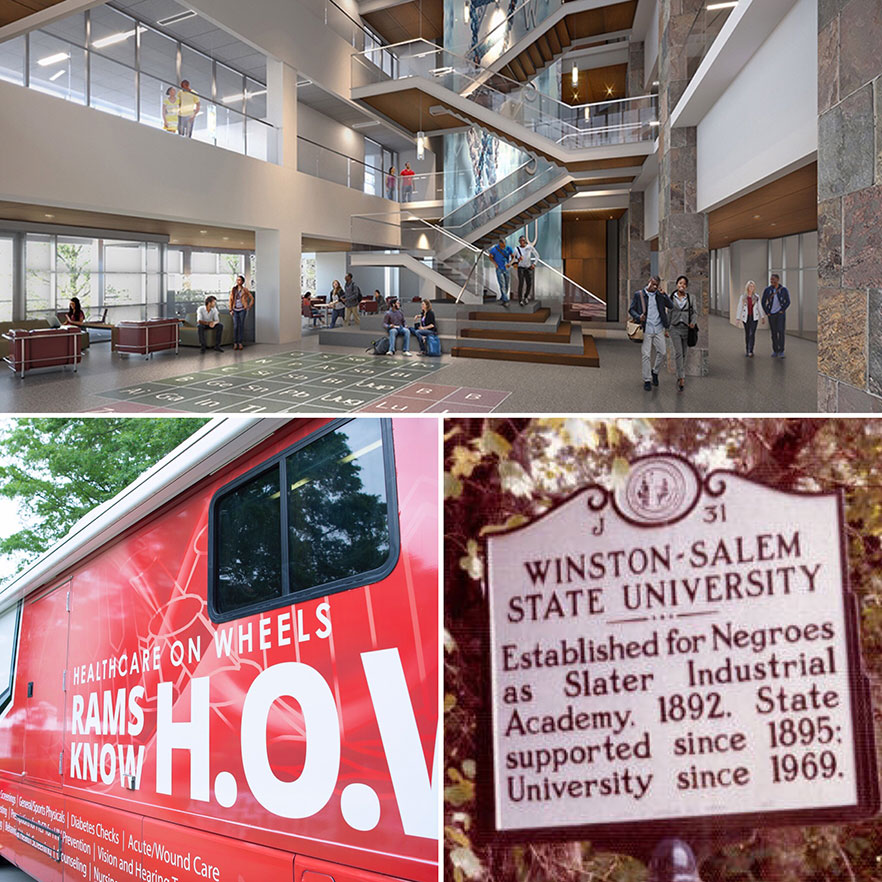 The opening of the sciences building on campus (top), expansion of public health programs (bottom, left), and a golden anniversary are just a few things to watch for at WSSU in 2019.

The new year promises exciting changes around campus and in classrooms at Winston-Salem State University (WSSU). Here are eight things to expect in 2019.

MORE: 2018 a breakthrough year for WSSU

1. The opening of a $53 million sciences building
First conceived in 2006, WSSU is expected to officially open a $53 million sciences building in late 2019. The building, one of the first funded through the NC Connect Bond approved by voters in 2016, will anchor WSSU’s Science District, and include interactive learning and community gathering spaces, and lab space to increase faculty and student collaboration.

2. 50 years as a university
In 1969, the state General Assembly paved the way for sustained growth at what was then Winston-Salem State College by granting the institution regional university status. This golden anniversary of becoming WSSU comes at a time of tremendous growth for the university.

3. Big events at WSSU
As with any year at WSSU, 2019 will have its big events. The Ramily should save the date for Homecoming 2019 on Nov. 2. Other events include: the WSSU annual Golf Classic in April and the Hanes Lecture Series, which launches Jan. 15 with “Tuskegee & Obamacare,” a lecture from Dr. Darryl Scriven, dean of the College of Arts, Sciences, Business and Education.

5. Programming for new design studios
In 2018, faculty from WSSU and the University of North Carolina School of the Arts collaborated to create four new design studios at the Center for Design Innovation (CDI). New programming is being planned in 2019 as the studios develop.

7. New research programs
WSSU received a record $2.3 million in National Science Foundation grants in 2018 to support research in chemistry, cybersecurity, biophysics, psychology and STEM education. These projects will have an impact in 2019, creating high-impact opportunities for WSSU students. The new year also promises more research from the Center for the Study of Economic Mobility (CSEM), which will announce the results of a  survey that captures for the first time the lives of bus riders who rely on the city’s public transportation to get to work.