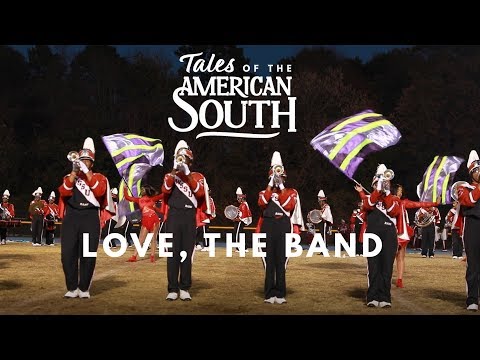 Winston-Salem State University’s (WSSU) Red Sea of Sound marching band is featured in a new documentary that premiered at the Morehead Planetarium & Science Center at the University of North Carolina at Chapel Hill on Feb. 26.

The documentary, "Love, the Band," focuses on the HBCU marching band experience and goes behind the scenes with the band – which opened the 2018 season as ESPN The Undefeated’s no. 1 HBCU Division II band. The short documentary – told through the lens of WSSU freshman Xander Cobrand – captures performances at WSSU’s football game at Fayetteville State University, at the Lenoir Christmas Parade, and at the Big HBCU Classic in Charlotte.

This is one of 10 short documentaries produced by the planetarium in collaboration with UNC-CH’s School of Media Journalism for the “Docs in the Dome: Tales of the American South" series. The cinematographer is Jeremiah Rhodes, a student at UNC-CH.