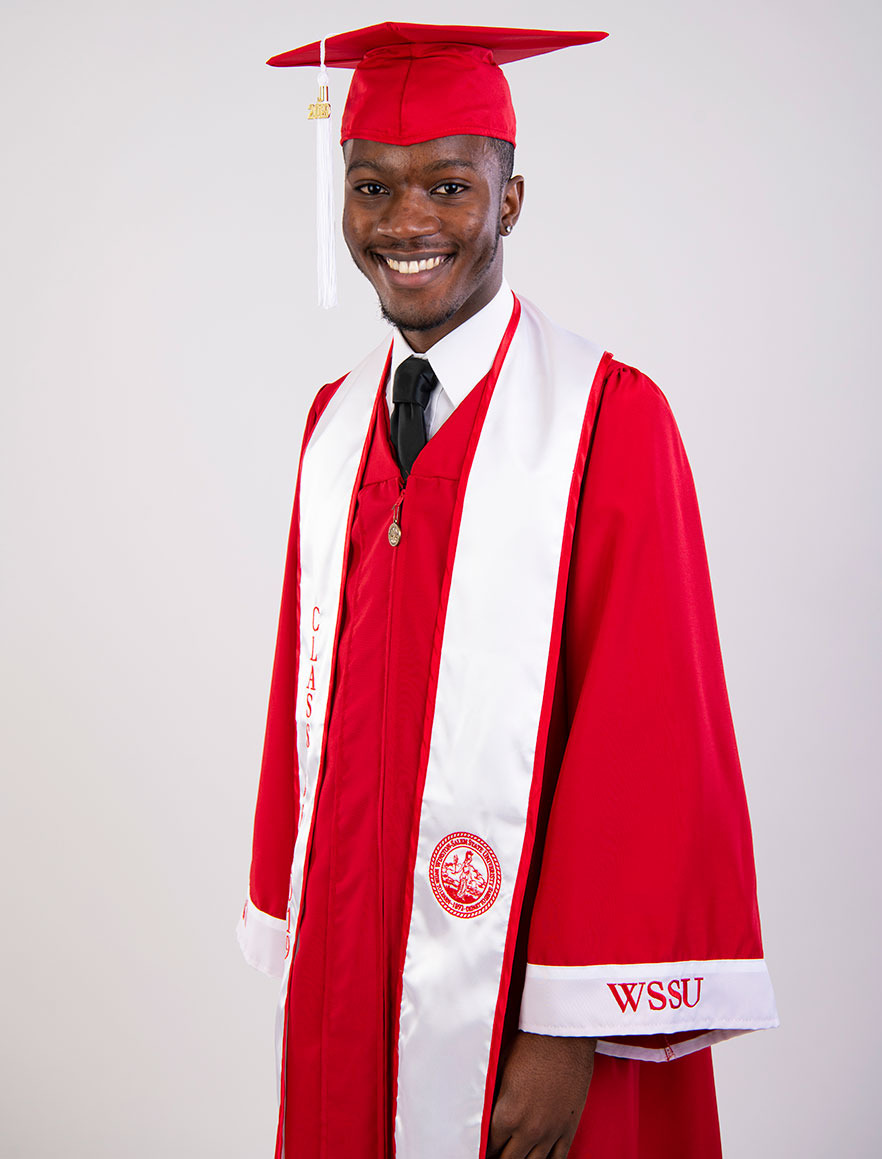 Juwan Fulton, a senior marketing major from Kinston, models WSSU's new graduation regalia. The gowns are red with white accent trim, and have the letters WSSU on each sleeve in red.

Look for a sea of red as Winston-Salem State University (WSSU) graduates take the stage at this year’s commencement.

WSSU’s undergraduate commencement cap and gowns will feature a new look that highlights the university’s colors, red and white.

“When you think of WSSU, you think of vibrant red,” said Senior Class President Alexus Deese. “It’s a bold choice to make, but it’s time to embrace it.”

Deese reached out to administration to request the change after a vote from the Senior Class Council. The Provost’s Office partnered with the WSSU Bookstore to implement the change.

The gowns are red with white accent trim, and have the letters WSSU on each sleeve in red. The stoles and tassels for undergraduates also are getting a new look.

Gowns for master’s degree graduates also are getting a makeover. The gowns will continue to be black; however, they are now customized with the WSSU seal on the left chest.

The new regalia will debut at the Commencement Ceremony at Winston-Salem’s Lawrence Joel Veterans Memorial Coliseum on May 10. All graduates at the ceremony will wear the new regalia.

Following commencement WSSU graduates can donate their gowns to be recycled back into REPREVE, helping to create a closed-loop recycling process.

The customized regalia bundle – cap, gown, stole and tassel – will retail at $101, just a $2 increase over last year.

The new regalia was first unveiled at Grad Fair on March 6, an event for graduating seniors which opened with a fashion show.

The change is part of a recent nationwide trend as colleges and universities redesign their regalia to reflect school colors.

In addition to the new regalia, WSSU’s bookstore also is rolling out more than a dozen new official stoles for graduates including:

Regalia can be ordered through the Herff Jones website. For more information, visit the WSSU commencement website. 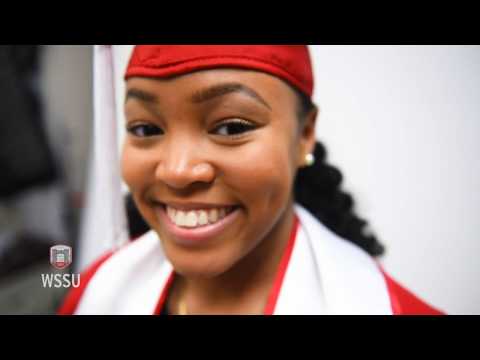