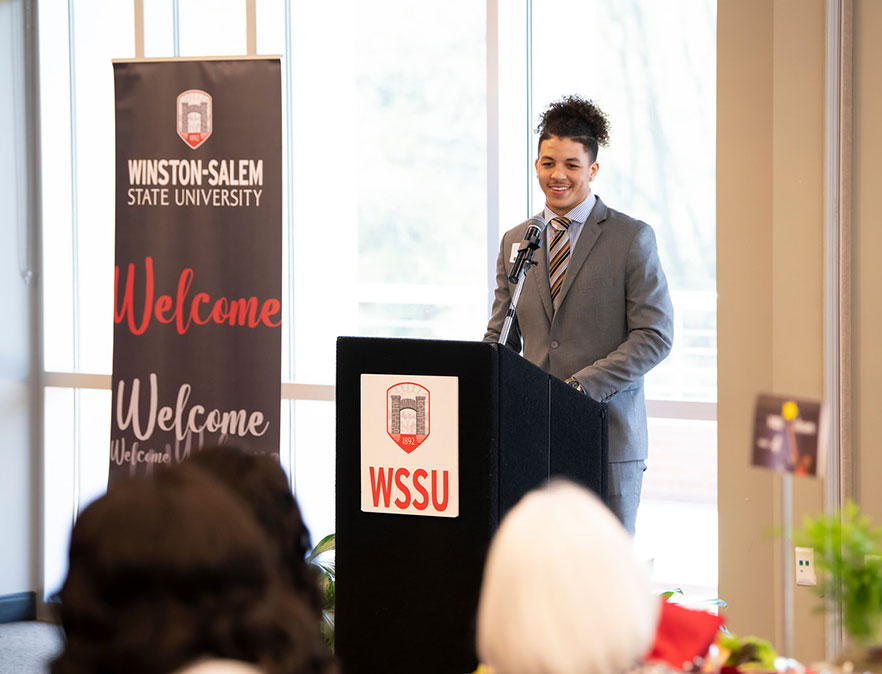 There’s more to life than football for Miles Timmons, a quarterback on the Winston-Salem State University (WSSU) Rams football team.

Timmons, a junior business administration major with a concentration in finance and a minor in Chinese from Greensboro, is a Provost Scholar and member of the Simon Green Atkins Honor Society.

Timmons, who is also a Meis Graduation Scholar, has gained experiences outside the classroom and far away from Bowman Gray Stadium.

For summer 2018, he completed an internship at the Nationwide Insurance. This summer, he studied abroad in Salvador de Bahia, Brazil.

Timmons would like to work in global finance, ultimately becoming a financial executive with a firm in Hong Kong or Singapore.

Here are 8 questions with … Miles Timmons.

How was your experience this summer in Brazil?
My experience in Brazil was extremely immersive and academically enriching. It allowed us to see the country – and specifically, the city of Salvador, Bahia – through a remarkably eye-opening lens that I never would have encountered while traveling for leisure. My experience was vital to my research project due to personal contact with the people we spent time with, the immersion into Afro Brazilian culture and the persistent observance of their sociopolitical and economic infrastructure, their politics from a "common man" perspective, and their formal and informal uses of Portuguese in communities in and around Salvador, Bahia.

The opportunity to travel with the intent to learn and grow as a student and a person was great. I also experienced the daily lives of a community of people closely related to my experiences as a person of African descent in the U.S.

In addition, collecting knowledge from the ground-up perspective has greatly enhanced my project which focuses on understanding how the 2016 Olympics and the 2014 FIFA World Cup have had a negative economic impact on the country and a substantial amount of its people.

The most important aspect of our entire time abroad is that we were there for a good time, and we had it. I don't think anyone left disappointed.

How did the trip help you when it comes to your future?
I always wanted to live and pursue my career abroad, while being surrounded by unfamiliar languages and immersed in unaccustomed cultures. The experience helped solidify that the international career that I dream about is one that not only will routinely provide me with valuable new experiences but will also be an aspect that I'll enjoy waking up to every day.

In addition to Brazil, what other countries have you visited?
I have visited the Dominican Republic, Jamaica, Mexico, Canada and the Bahamas.

What have you learned from each place that you visited?
In each place I visit, I make an effort to speak with and learn from anyone I can. I want to learn about where they're from, how they grew up and really just picking their brain on current events and the world we live in today. It's really whatever pops in my head at the time. In every place I've visited, I have learned more and more to not overlook the amenities we in America can classify as standard out basic. Also, I've tried many new foods, sports, cooking styles and plenty of other things I brought back to America with me.

Where would you like to go next?
Honestly, there's too many places I would like to go next. I think it would be a toss up between Singapore, China or Hong Kong. Hopefully, I could just visit all three and embrace the opportunity to try out the local food and restaurants, to practice my Chinese extensively and most importantly to connect with the locals.

What advice would you give to other students when it comes to stepping outside the box and studying abroad?
The advice I would give to others when it comes to studying abroad would be to just go ahead and do it. Now is the best time to go for sure, especially since WSSU Office of International Programs subsidizes our programs in efforts to make each program affordable and a real option for every student no matter their socioeconomic background.

You’re also pursuing a minor in Chinese. Why do you feel it is important to learn Chinese?
Chinese will open doors for you that were previously closed. It allows you to connect and converse with a population of Chinese speakers that amasses to over 1 billion people.

The opportunities that can sprout from being able to speak this amazing language are endless. Even still, the most valuable and impactful reason to learn the language stems from the unfortunate fact that a stack of misconceptions, stigmas and stereotypes have been linked to the population of native speakers. The most effective way to challenge these untrue stigmas and to share some of similar prejudices that we face as African-Americans would involve learning the language, so we all can work to better understand each other in a way that previously would not have been impossible.

What's next for you going forward?
Going forward, I plan to take advantage of any opportunity presented to travel internationally no matter the country, region or continent. As long as the destination is not cold, I'm there. As for my academic endeavors, I am keen on pursuing my MBA in international business. However, I am weighing the prospects of matriculating straight from undergraduate school to graduate school or graduating in May and embarking on my career until I find the best graduate program for my goals and aspirations. The best program for me could be located either domestically or internationally, I'm open to the possibility of both. 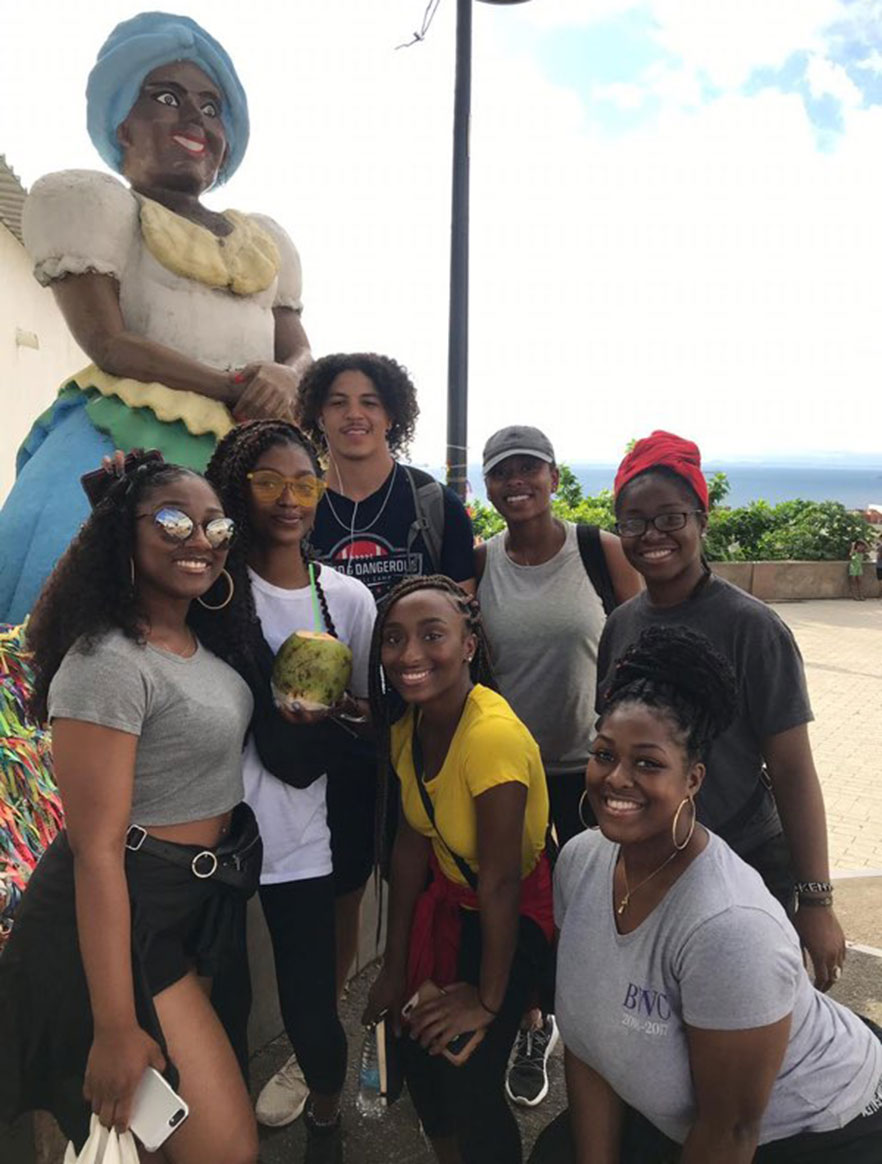