The website RegisteredNursing.org has ranked the program no. 3 in the nation.

The “Best Online RN to BSN Programs” rankings factor in the overall quality, flexibility and cost of nursing programs across the nation, according to RegisterNursing.org. WSSU is the only North Carolina-based university and the only HBCU to make the top 25 list. The publication also recently ranked WSSU the no. 1 online RN-BSN program in North Carolina.

“The innovative curriculum gives students a solid foundation for greater responsibility within the field,” the website notes.

“National publications are beginning to see what our students and alumni have been telling us for decades: WSSU’s RN-to-BSN program is one of the best and most affordable options for nurses who are ready to advance their careers,” said Dr. Cecil Holland, associate dean and chief operating officer of nursing at WSSU. “We are extremely pleased to receive national recognition for the work we’re doing in the Division of Nursing.” 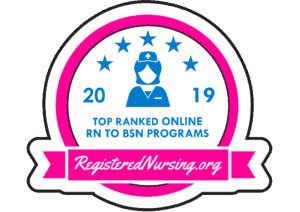 Holland said although WSSU’s program is fully online, faculty give one-on-one advising and are invested in the success of students.

RN-BSN programs have seen a sharp rise in popularity as many hospital and healthcare systems move to hire more BSN-educated RNs, the website notes.

WSSU has been a leader in nursing education for more than 60 years, and the RN-to-BSN option has been helping RNs take the next stop in their careers for nearly 30 years. WSSU is the largest producer of BSNs for African Americans in North Carolina.

Dr. Cynthia Williams Brown to be honored with a Women of Vision Health Equity Advocate award

Dr. Cynthia Williams Brown is at the center of the fight against health inequities. On June 2 she will take center stage to be recognized for her work as the YWCA presents her with a Women of Vision award.