WSSU, Wake Forest bands perform together for the first time 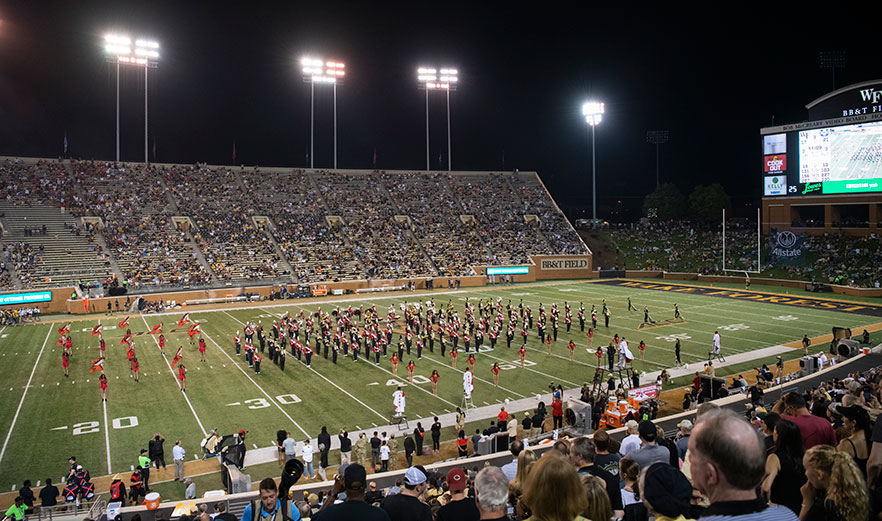 WSSU's Red Sea of Sound and Wake Forest's Spirit of the Old Gold and Black perform together during halftime of Wake Forest's home opener at BB&T Field on Aug. 30.

Winston-Salem State University’s (WSSU) Red Sea of Sound (RSOS) and Wake Forest University’s The Spirit of the Old Gold and Black (SOTOGAB) made history during the halftime show at Wake Forest’s season-opener on Aug. 30 at BB&T Field.

This was the first time the two marching bands from Winston-Salem have performed in concert together.

The RSOS took the field first, and later were joined by the SOTOGAB for a joint performance. The halftime entertainment concluded with a performance by Wake Forest's band.

During the game, Wake Forest recognized the RSOS for being named ESPN The Undefeated’s no. 1 preseason HBCU Division II band for 2018 and for being a finalist for the 2019 HBCU Award for Best Band.

Wake Forest’s Fan Ambassador Program provided 1,000 tickets free of charge for WSSU students, band families, faculty, staff and alumni to attend the game, creating a sea of red among the more than 29,000 in attendance for the game. The game, with Wake Forest facing Utah State, was nationally televised on the ACC Network.

Planning for the combined performance began about a month ago after Dr. Tim Heath, the new director of athletic bands at Wake Forest, reached out to Dr. Michael Magruder, director of bands at WSSU, to invite the RSOS to perform.

Below is a video of the combined performance, with the bands performing the Stevie Wonder classic "Sir Duke." 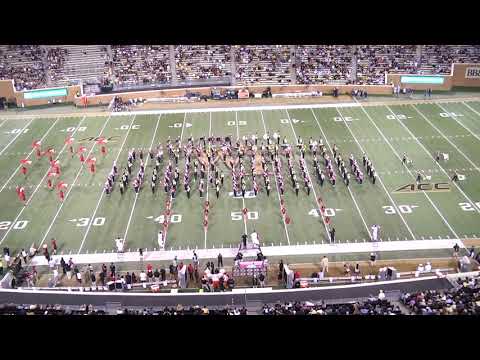 Fans can vote online through midnight on Saturday, Oct. 12, to send WSSU's Red Sea of Sound to the Honda Battle of the Bands in Atlanta.