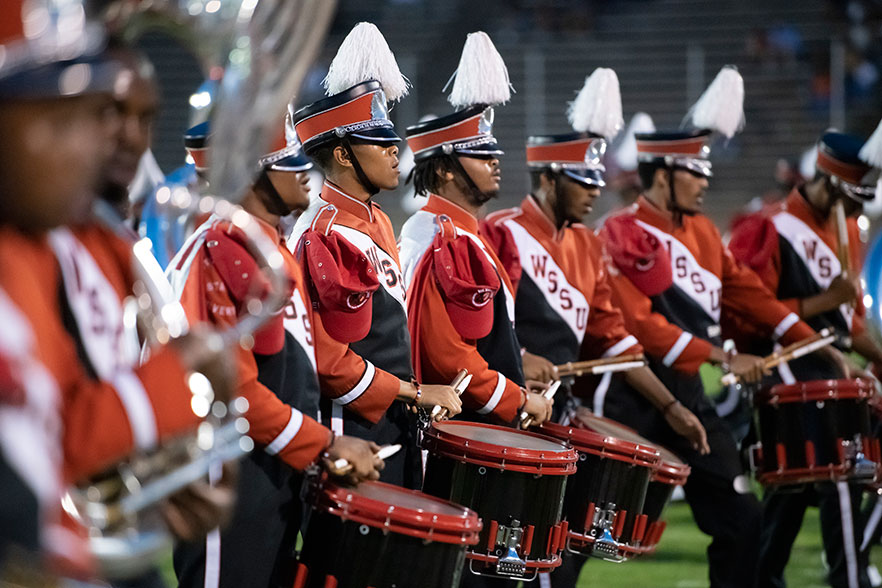 WSSU's Red Sea of Sound performs during the home opener at Bowman Gray Stadium on Sept. 14.

The Red Sea of Sound is one of 32 Historically Black College and University (HBCU) marching bands competing for a spot in the event, which will be at the Mercedes-Benz Stadium in Atlanta on Jan. 25. Eight bands will be invited to participate.

The event spotlights the premier marching bands from HBCUs.


VOTE ONLINE FOR THE RED SEA OF SOUND

Fans can vote up to once per day. Voting continues through midnight on Saturday, Oct. 12.

WSSU's band, which opened the season as ESPN/The Undefeated's no. 1 Division II HBCU band, performed for the first time with Wake Forest University's Sprit of the Old Gold and Black on Aug. 30. On Sept. 20, the RSOS performed on ESPN's "First Take," as part of a live show for HBCU Week in Wilmington, Delaware.