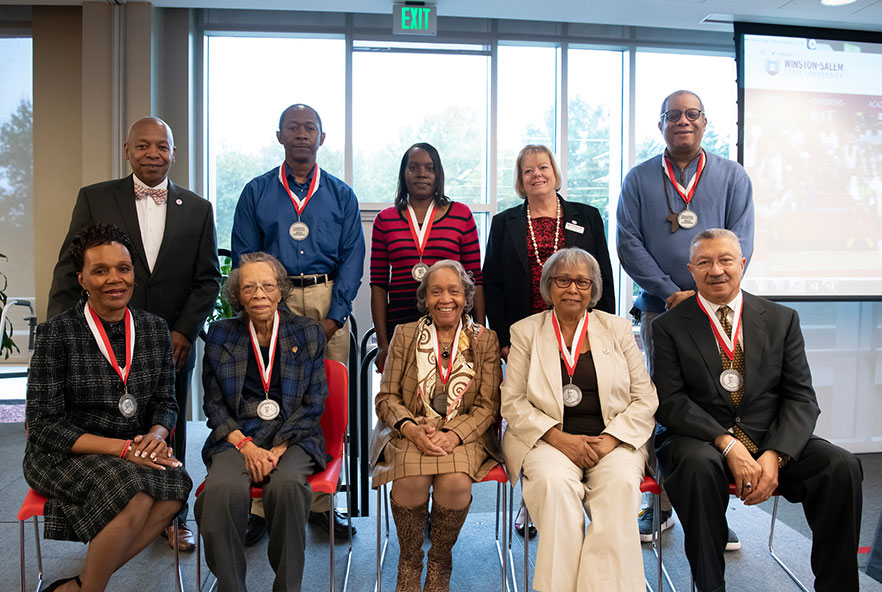 Winston-Salem State University's School of Health Sciences (SOHS) honored eight people who have made a positive impact on the health and wellness of the residents of East Winston at the Third annual Healthcare Legends of East Winston event on Wednesday, Oct. 30.

“For the third year in a row the School of Health Sciences is proud to recognize legends who made healthcare possible when African American residents had very limited access to quality healthcare,” said Dr. Celia Hooper, interim dean of the School of Health Sciences. “Dr. Peggy Valentine, former SOHS dean (now interim chancellor at Fayetteville State University) began the tradition of honoring those in our community who helped to reduce racial and ethnic health disparities. This event once again gave our community pride in our history, and we are so pleased that our students and new health care professionals learned about the legacy of these exceptional people.”

The presenting sponsor for the luncheon was Northwest Area Health Education Center with sponsorship by the WSSU National Nurses Alumni Association.

The luncheon was part of WSSU's Homecoming.