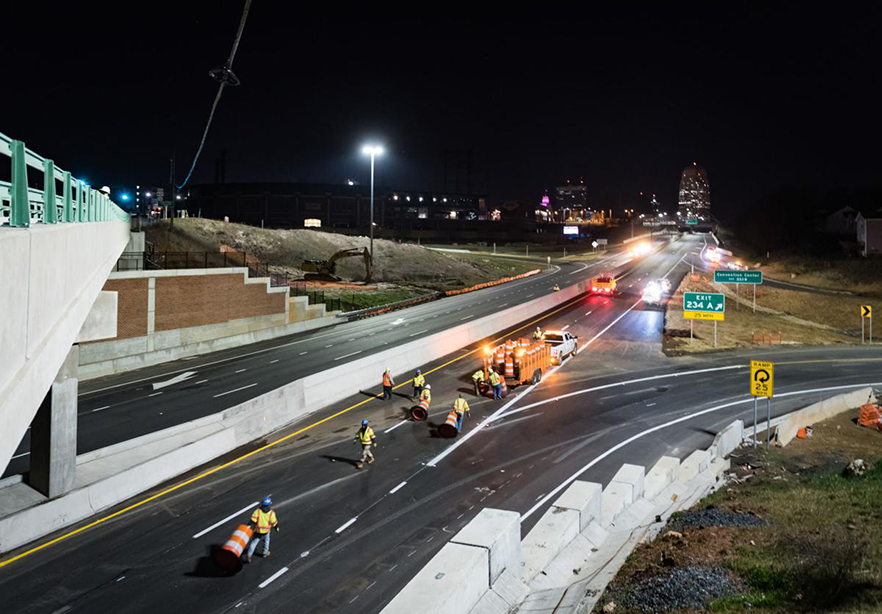 After maneuvering around Winston-Salem to avoid Business 40 closures for nearly two-years, motorists now have access to Salem Parkway – the new name for Business 40.

The newly upgraded parkway opened Feb. 2, after being closed since Nov. 17, 2018. The highway enhancements include a new archway, new bridges and brick veneers added to various exit ramps.

These improvements were a welcomed attraction to residents, causing traffic to be slightly heavier than usual after the reopening. The parkway remains under construction but is now safe for vehicular traffic.