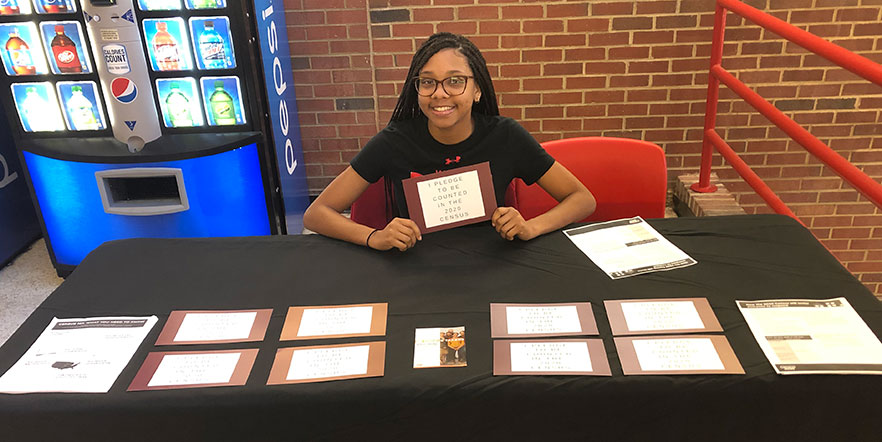 Freshman Lauren Bagby wins first place in the #MakeNCCount video competition for her educational TikTok video to bring awareness to the importance of the 2020 census for minority populations.

Freshman Lauren Bagby is already leaving her mark on campus. Her educational TikTok video is bringing awareness to the importance of the 2020 census for minority populations. Bagby took home first place in the #MakeNCCount video competition jointly sponsored by NC Campus Compact and NC Counts Coalition.

Both groups encourage and support civic engagement among NC universities. She will also serve as the university’s Campus Fellow, working to educate fellow students and the surrounding community about the Census.

The competition asked students to submit short videos about the Census in either the informational or inspirational categories. Bagby secured the top prize in the inspirational category, winning a $450 cash prize. Her video focused on concerns that often prevent minority populations from completing the survey.

The competition places a particular focus on getting increased Census participation in historically hard-to-count areas. Forsyth County has been identified by the NC Counts Coalition as one of 11 counties that have the lowest participation rates.

“As an incoming student, I wanted to find a way to get connected on campus. After seeing the information about being a Campus Fellow, and then doing more research about the Census, I knew this was a cause that I had to be involved in. I felt a sense of urgency to make sure other students knew the importance of this information, especially when it comes to resources related to healthcare and education,” said Bagby.

Lauren gives lots of credit to her professor, Dr. Cheraton Love, for inspiring her work on this project and giving her valuable insight on how to reach her target audiences.

Bagby will continue her workout through the Census collection season. Her video will be featured on the NC Campus Compact and My Black Counts websites.

Check out her award winning video below. 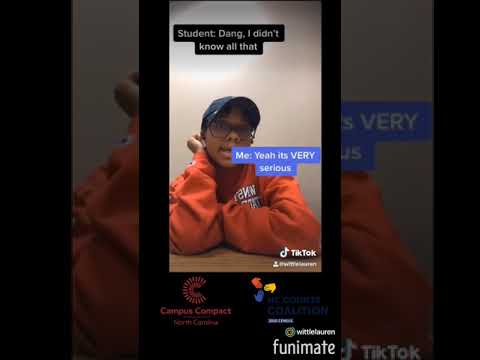