Red Sea of Sound ready to parade their new uniforms

They’ve been a long time coming, but it was worth the wait. Winston-Salem State University’s Red Sea of Sound Marching Band just unveiled their new uniforms. Dr. Michael Magruder, director of bands at WSSU, answered key questions about the new look.

How long has it been since the Red Sea of Sound members have had new uniforms?

The last full set of uniforms purchased for the band occurred in 2003.

What are your favorite features of the new uniforms?

How will having these change up RSOS performances?

Our performances will remain high quality and impactful. However, you will notice a difference in the “swagger” of the bandsmen. The idea of culture and pride will be very evident.

How do the students feel about them?

Our students are excited! They helped unpack the boxes, and all were more than ready to “suit up.” They cannot wait to use them and show off the new uniforms.

When will the RSOS make their world premiere with their new uniforms in front of an audience?

We hope to use them for our first football game in August of 2021.

What went into selecting this style?

I allowed students and other directors to share ideas for the new uniforms. Collaboration was key because we realize the importance of making a statement with the appearance of the band, and this uniform definitely makes a statement.

Is there anything special about the drum major uniforms? 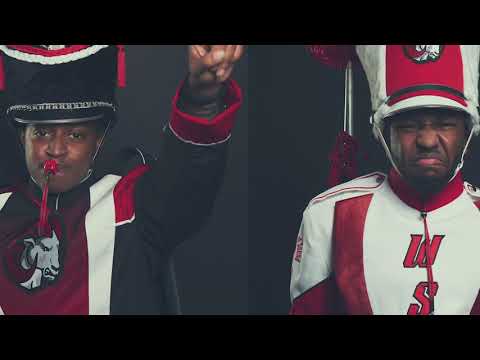