Notis Pagiavlas has worked with entrepreneurs for more than three decades and he is still shocked at how unprepared many of the aspiring business owners are when they come to him with a plan.

The program is funded through a $384,000 grant from the PNC Foundation and administered by the Winston-Salem State University Center of Entrepreneurship and Social Innovation (CFESI). 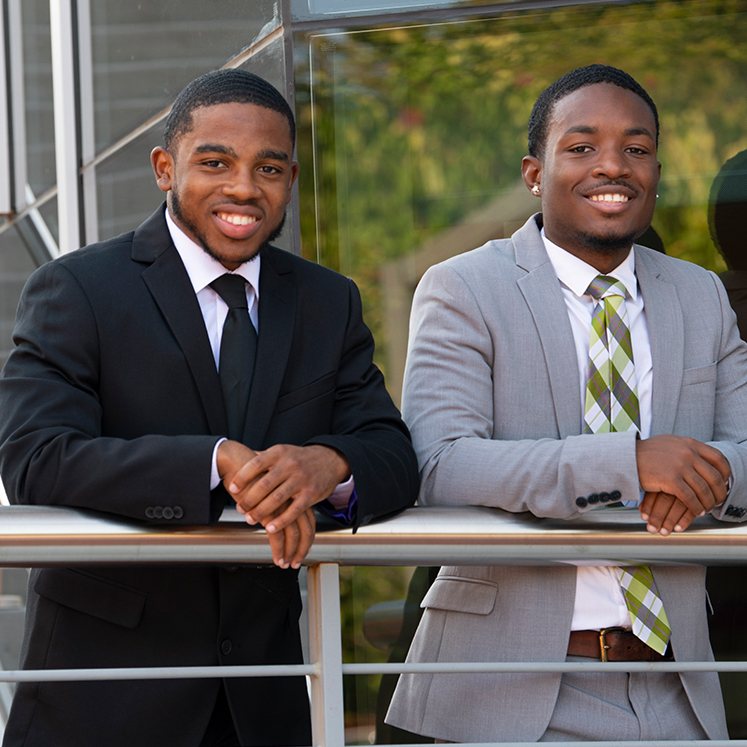 “This is a significant investment in the future of our students and inspires the campus community and the region to dream and implement their creative entrepreneurial aspirations,” said Pagiavlas, PhD., professor of marketing at WSSU and founder and director of the Center for Entrepreneurship.

“Basically, when we develop students, many of them do not get the preparation to be entrepreneurs nor do they have the background to do it favorably. Quite often if they have the interest, they don’t have the resources, the knowledge or finances and face very difficult odds. The idea (behind this program) is to provide the framework beginning with workshops.”

The program is a blend of academic and experiential education. It includes courses that students can take individually or within a minor that is under development.

Pagiavlas began the Center for Entrepreneurship in 2006, so he has a pretty good understanding what will and what won’t work when it comes to new business ideas.

“I’ve been doing this for 30 years. Either a product works well, or it doesn’t,” said Pagiavlas, speaking of some of the basic problems he encounters with fledging entrepreneurs. “Sometimes there are thousands of competitors doing the same thing, and they are ignorant of that. You have to figure if you can beat them in many of the metrics they have.

“This is a typical problem of entrepreneurs. They do not do the research or risk assessment of their idea. Ninety percent fail because they have not done the proper assessment. Eventually the market punishes them because someone has the extra edge. We want to minimize those odds.”

In the first year of the three-year program, students will go through two designated workshops that lead to certificates. Years two and three are spent developing their ventures for possible external funding or grants.

“What I’ve noticed, is quite often, the community in general, doesn’t understand it takes time to develop and implement entrepreneurial plans,” said Pagiavlas. “This is a support system of about two or three years. They can begin with learning, then workshops, then network, and then financial help if needed and place, equipment, or labor or whatever they need to start.”

Pagiavlas doesn’t believe entrepreneurs are created in classrooms, though classroom work is necessary to bolster their entrepreneurial skills.

“What fascinates me, is if you are an entrepreneur, you don’t want to replicate structures, work within the system. Entrepreneurs like to make new things,” he said.

“This is supplemental to education, but I don’t think you can create an entrepreneur. When you talk to them, they will say when they were eight or 10 years old, they had this idea, and they have a personality trait to take the risk.”