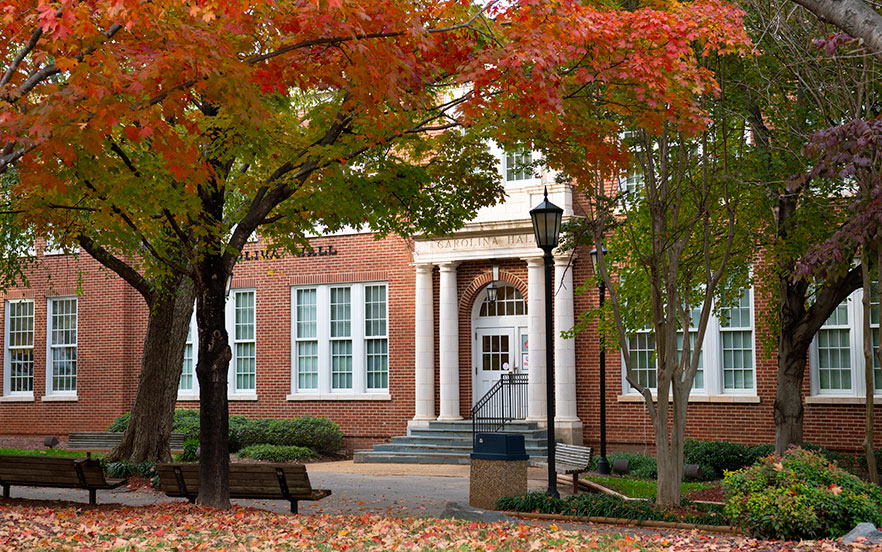 Tiffany Adams, assistant director of clinical education in the Department of Physical Therapy, and Dominick Rolle, assistant professor of English, have been named Triad Business Journal 2019 "40 Under Forty" honorees. They will be recognized at an awards ceremony in Greensboro on Feb. 21. The awards celebrate young leaders across the Piedmont Triad region who are making a difference in their professions and in their communities.

Megan Edwards Collins, associate professor in the Department of Occupational Therapy, has completed the course work to became a Certified Aging-in-Place Specialist. The specialization, through the National Association of Home Builders, focuses on the unique needs of the older adult population, including aging-in-place home modifications, and solutions to common barriers.

Stephanie Garrett has been promoted to the rank of captain in the WSSU Police and Public Safety. The promotion is effective Feb. 1. Garrett first joined WSSU in 2004.

Aaron Jackson, coordinator of the Rams Know H.O.W. Mobile Unit, has received the City of Winston-Salem’s Young Dreamers Award. The award, through the city’s Human Relations Commission, honors emerging or proven young city residents. Jackson was presented the award at the Winston-Salem City Council’s Jan. 22 meeting. For the past four years, the mobile unit has provided health screenings and healthcare referrals for more than 5,000 people, most of whom are uninsured or underinsured. Rams Mobile is a service of WSSU’s Center of Excellence for the Elimination of Healthcare Disparities (CEEHD).

Christina Placilla, professor of music, has had her adaptation of Three Pieces, Op. 40, Nos. 1-3 by Amy Beach published by Latham Music, a division of Ludwig Masters Publications. The three-movement work, originally for the violin, is now arranged for performance for the viola and piano.

The Faculty of Education collected and donated a record 176 new children's books as part of the annual Holiday Book Drive. The books were delivered to the Family Services Head Start Child Development Center at WSSU. Each child received two books for the holiday and the remaining books were added to the library at the center. This is the largest number of books collected since the drive begin in 2016.

The Delta Alpha Chapter of Phi Beta Sigma surpassed its goal for the 22nd annual Sleep-Out for the Homeless, which was held on Nov. 16. The fraternity raised $1,000 for Samaritan Ministries, collected 16 boxes of clothing for the Winston-Salem Rescue Mission, and 1,409 pounds of non-perishable food items that were donated to the Second Harvest Food Bank of Northwest North Carolina.

WSSU's Office of Integrated Marketing Communications distributes the Kudos Report monthly as a platform for the university to celebrate and promote the many achievements, successes and contributions of our campus community. Submit a kudos announcement online.