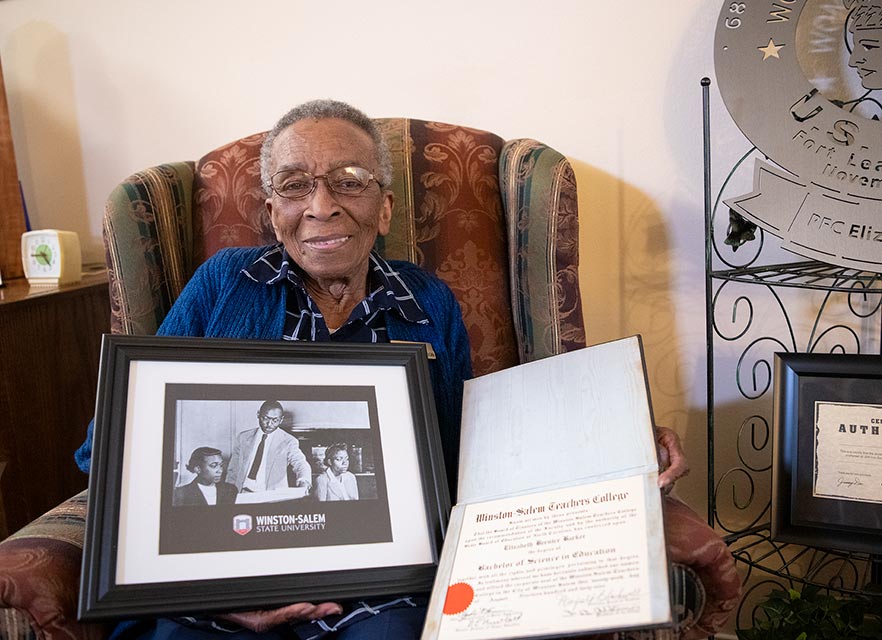 Elizabeth Barker Johnson, World War II Army Veteran and the first woman to enroll in WSSU on a GI Bill, passed away on Aug. 23, nearly four months after her 100th birthday

Winston-Salem State University (WSSU) is remembering Elizabeth Barker Johnson’49, the first woman to enroll in the university on a GI Bill.

For Johnson, who passed away on Aug. 23, life has been a series of historic milestones. In 1943, the Elkin native answered Uncle Sam’s call and enlisted in the U.S. Army. She became a member of the 6888th regiment, the only all-female, African American Women’s Army Corps battalion to serve overseas during World War II. During the war, she was sent to England for three months and later France, where she spent most of her time. She served as a truck driver.

After the war, Johnson enrolled at what was then Winston-Salem Teachers College. She earned a degree in education in August 1949. She found a teaching job immediately after earning her degree, so she was unable to attend graduation because she couldn’t find a substitute. Johnson spent three decades as a public school teacher in North Carolina and Virginia.

In 2019, she gained national notoriety when she walked across the stage during WSSU’s 2019 graduation ceremony, 70 years after receiving her degree.

Johnson celebrated her 100th birthday last May. The occasion was commemorated with a drive-by party and a request for 100 birthday cards.

Barker was one of the few surviving members of the 6888th. The women of the battalion were not publicly recognized for their contributions in WWII until recently. In November of 2018, a monument was unveiled in their honor at Fort Leavenworth in Kansas. Johnson’s name is one of 855 engraved on the memorial.

“It is with deep sadness that I report the passing of Mrs. Elizabeth Barker Johnson, said WSSU Chancellor Elwood L. Robinson in a Facebook post. “She inspired the world last year when she was on stage to receive her WSSU diploma after missing her commencement in 1949. She is one of the most incredible people I have met during my time on the planet.” 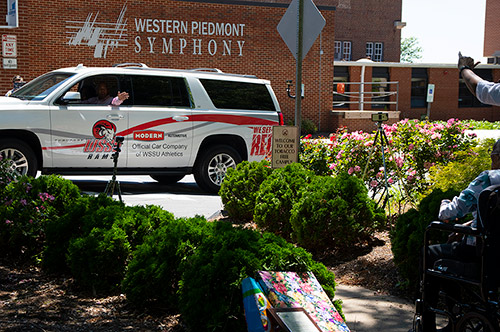 Alumna, WWII vet will have her wish granted at WSSU's 2019 Commencement